Another whale has been washed up onto the Hunstanton, Norfolk shore and is fighting for it's life. While another eight have been washed up near Germany. If this sperm whale dies it will be the 24th from the same pod that would have died in the North Sea in the last month. Scientists are still struggling to decide the reason.
One idea is they have entered the North Sea looking for food. 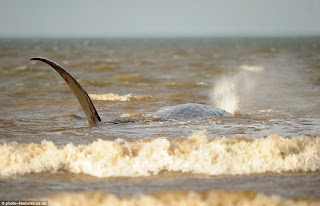 The three whales were moved up onto the beach to prevent them being washed away and last night the where wrapped and transported to landfill in various parts of the UK. 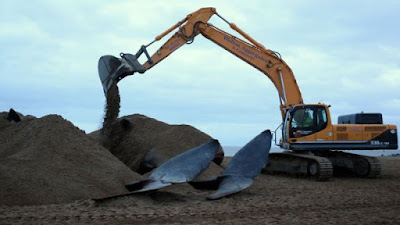 A spokesman said that the 30 ton animals had been treated with respect. 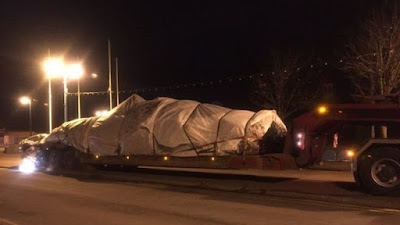 This is a photo of two of the three Sperm Whales recently washed up on the seashore at Skegness in Lincolnshire.This follows the discovery of another on the shore at Hunstanton in Norfolk (just the other side of the Wash) and another discovered today at Wainfleet.
It is not yet known as to why they came to end up on our beaches.
It is just so sad that these magnificent animals should end their lives like this. 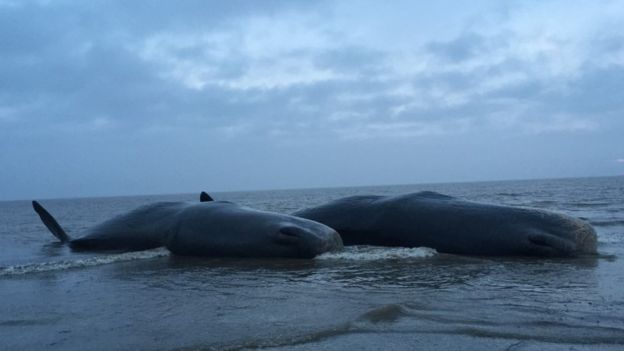