Well I have to say you learn something every day.
Such an iconic poster from the war time 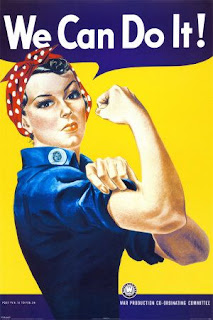 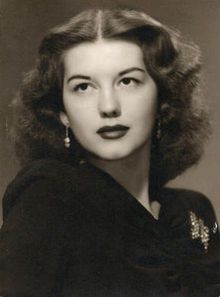 Geraldine Doyle was born Geraldine Hoff in Inkster, Michigan, USA on July 31st, 1924.
She was a high school graduate living near Ann Arbour during the summer of 1942 when she decided to help the war effort by taking a factory job. She worked at the American Broach & Machine Company in Ann Arbour as a metal stamping press operator. However, she was a cellist and left after a few weeks, concerned she would injure her hands.
She later married dentist Leo Doyle in 1943 and had 6 children.
It was not until 1984 did she find out that she had been used as the model for this poster. 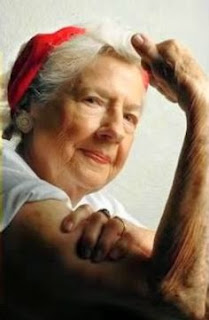