Kinema in the Woods 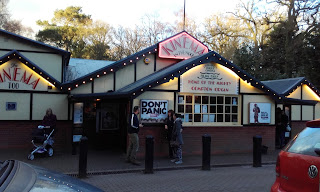 Today is Valentine's Day and my hubby of 40 years decided to take me to the Kinema in the Woods at Woodhall Spa to see 'Dad's Army'. I have to admit we hadn't been to the Kinema, though I've heard a lot about it. 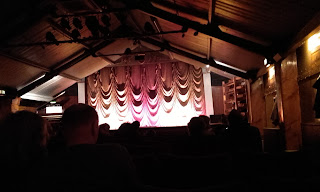 The building itself dates to the late 19th century but became a cinema in 1922 - when it showed the 'Lion Eaters' with Charlie Chaplin.
The beautiful interior is like stepping back in time. 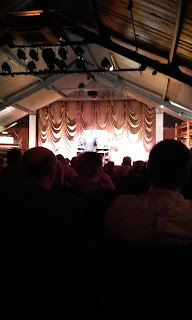 Due to it's low beams it doesn't project the film from the back of the auditorium like most cinema. Instead it it is projected from behind the screen onto a mirror to flip the image. It is believed that it is the the only full-time cinema in the UK to still be using this technique.
Also they still have the organ that raising up from the floor during the interval.
This place is a gem, the atmosphere is wonderful and we most certainly return.
Ps. The film was very funny and well worth a watch. 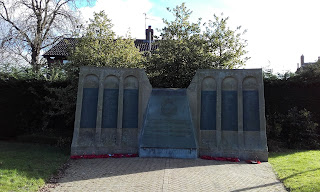 Woodhall Spa is also renowned for the home of the
617 Squadron or better known as 'The Dambusters'.